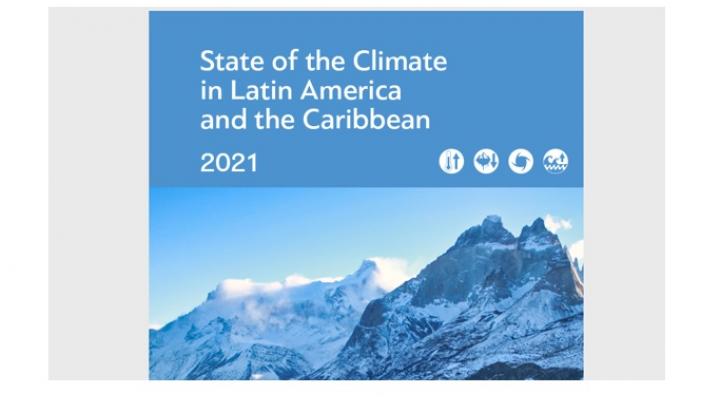 Extreme weather and climate change impacts including mega-drought, extreme rainfall, land and marine heatwaves and glacier melt are affecting the Latin America and the Caribbean region, from the Amazon to the Andes and from Pacific and Atlantic Ocean waters to the snowy depths of Patagonia.

The World Meteorological Organization (WMO) State of the Climate in Latin America and the Caribbean 2021   highlighted the far-reaching repercussions for ecosystems, food and water security, human health and poverty.

“Increasing sea-level rise and ocean warming are expected to continue to affect coastal livelihoods, tourism, health, food, energy, and water security, particularly in small islands and Central American countries. For many Andean cities, melting glaciers represent the loss of a significant source of freshwater currently used for domestic use, irrigation, and hydroelectric power. In South America, the continued degradation of the Amazon rain forest is still being highlighted as a major concern for the region but also for global climate, considering the role of the forest in the carbon cycle,” said Prof. Taalas.